We humans are social animals, naturally driven to form close-knit groups. All too often, though, these groups become partisan. They start to compete with one another. They become mutually hostile. Why does this happen? And what can be done to counter the tendency. Developing a theme from the acclaimed podcast Changed My Mind, the authors set out to answer these questions.

In Poles Apart, an expert on polarisation, a behavioural scientist and a professional communicator explain why we are so prone to be drawn into rival, often deeply antagonistic factions. They explore the shaping force of our genetic make-up on our fundamental views and the nature of the influences that family, friends and peers exert. They pinpoint the economic and political triggers that tip people from healthy disagreement to dangerous hostility, and the part played by social media in spreading entrenched opinions. And they help us to understand why outlooks that can seem so bizarre and extreme to us seem so eminently sensible to those who hold them.

Above all, by meticulously showing how and why polarisation affects every part of our lives - influencing everything from our friendship circles to our approach to health issues - they show what practical and effective steps we can all take to narrow divisions, build respect for others, and create a greater degree of common understanding.

Poles Apart is an extraordinary achievement: fresh, deeply authoritative, and entertaining on every page. Everyone talks about polarisation, but no one does it like Goldsworthy, Osborne, and Chesterfield. You'll finish this book wiser, kinder, and more hopeful than when you started it. -- Jamie Susskind, author of Future Politics

A fascinating and thought-provoking analysis of the divisions between us, how we bridge them, how we reshape the world - and ourselves too. Essential reading. -- Cathy Newman ― Channel 4 News

In Poles Apart, the authors give us a comprehensive review of the psychology of groupishness and polarisation. It's a fascinating read, which will help anyone who wants to step out of the polarisation cycle and become part of the solution, rather than part of the problem that is now damaging the world's leading democracies. -- Jonathan Haidt, NYU-Stern School of Business, author of The Righteous Mind and The Happiness Hypothesis

Asks the best question I have ever heard. And, critically, offers solutions. A must read. -- Rory Sutherland, vice-chairman of Ogilvy UK, and author of Alchemy: The Surprising Power of Ideas That Don’t Make Sense

All my life I have been an impassioned advocate of technology. I believed it could connect the whole world, which it has largely done. What I and many others failed to see, was how those connections would then be used to divide and polarise us - for commercial and political gain. This is endangering our social institutions and democracy on which our dreams were based. It turns our own lives and sometimes, families, to the poles - into warzones. This is a pivotal moment for this book to be written, read and understood. -- Peter Gabriel, musician

A trenchant diagnosis of the causes and consequences of the polarization plaguing our societies -- and a practical roadmap for remedies. Highly recommended. -- David Broockman Associate Professor, University of California, Berkeley

Sweeping and superbly-researched yet accessible, Poles Apart will help you make sense of our fragmented world. Whether you are a practitioner working in business, government, the media or a non-profit, this is the book you need not just to understand polarization but to understand what we can all do about it. -- Mathieu Lefevre, CEO and co-founder, More in Common.

Alison Goldsworthy (Ali) has been a political adviser and campaigner for more than twenty years. A former Deputy Chair of the Liberal Democrats, she led the team that built the fastest-growing campaigning organisation in the UK. In 2017 she was a Sloan Fellow at Stanford, co-creating its first depolarisation course. A board member of the Joseph Rowntree Reform Trust, and a Senior Research Associate at The Intellectual Forum, Jesus College, Cambridge Alison has won numerous awards for her work. She has written for the Telegraph, Independent, New Statesman, The Times and Financial Times.

Ali lives in California with her husband and son. In her spare time she is a mediocre powerlifter.

Laura Osborne is a professional communicator, spokesperson and podcaster, with a background in public affairs and government communications. Currently Corporate Affairs Director at London First, the voice of the city's largest employers, she was previously Communications Director at Which?, the UK's consumer association. Laura has led large teams, working with some of the UK's biggest corporations to apply lessons from communications, consumer insight and behavioural science to making business a force for good.

Laura lives just outside London with her husband and two daughters.

Alexandra Chesterfield (Alex) is a behavioural scientist with a master's degree in Cognitive and Decision Science. Forever curious about why we do what we do, she currently works in financial services, leading a team of behavioural scientists to help get better outcomes for employees and customers. For four years, she was an elected Councillor in Guildford for the Conservative Party. She has personally experienced the effects of affective polarisation, both in and out of the workplace.

Alex lives near London with her husband, son and daughter. 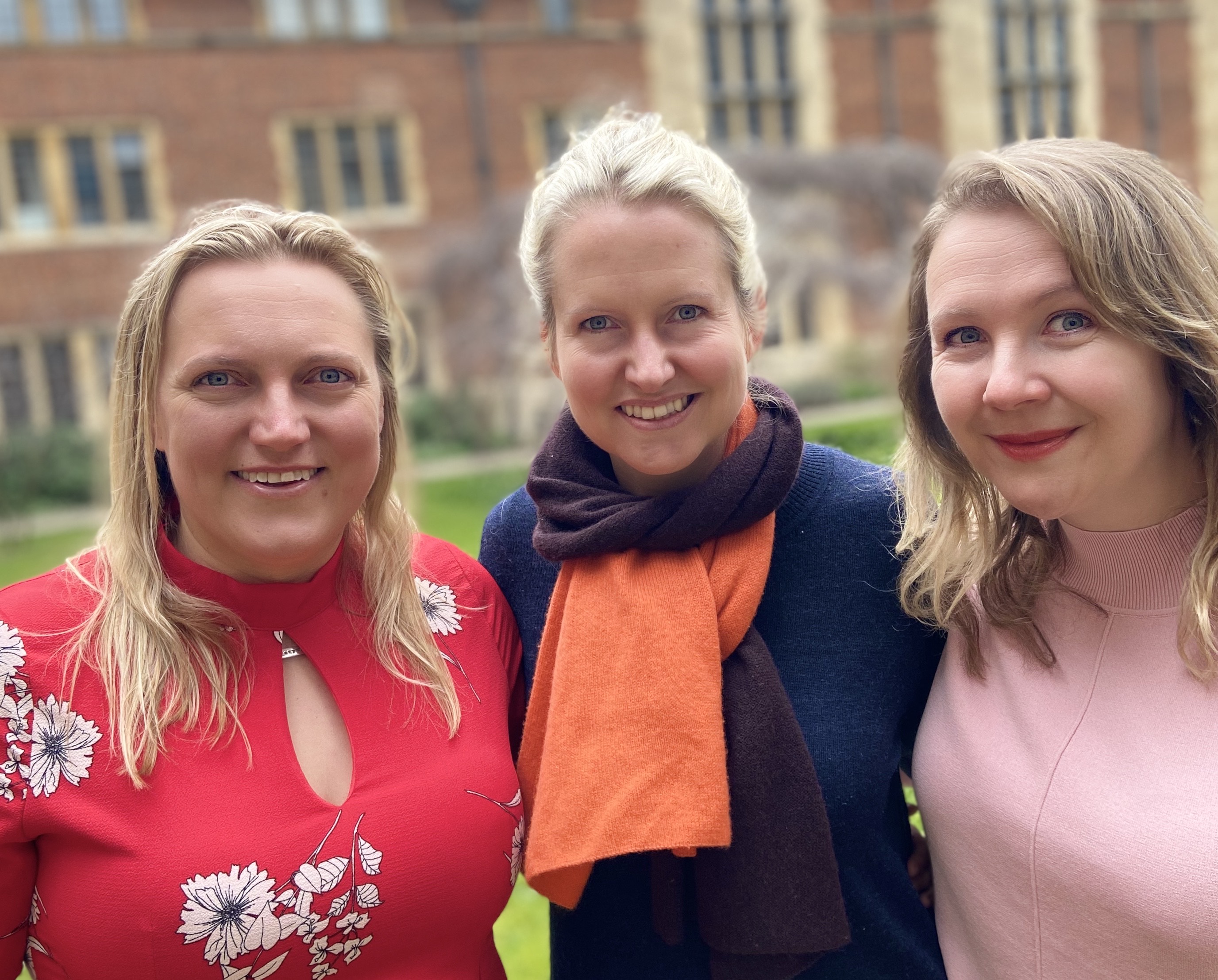